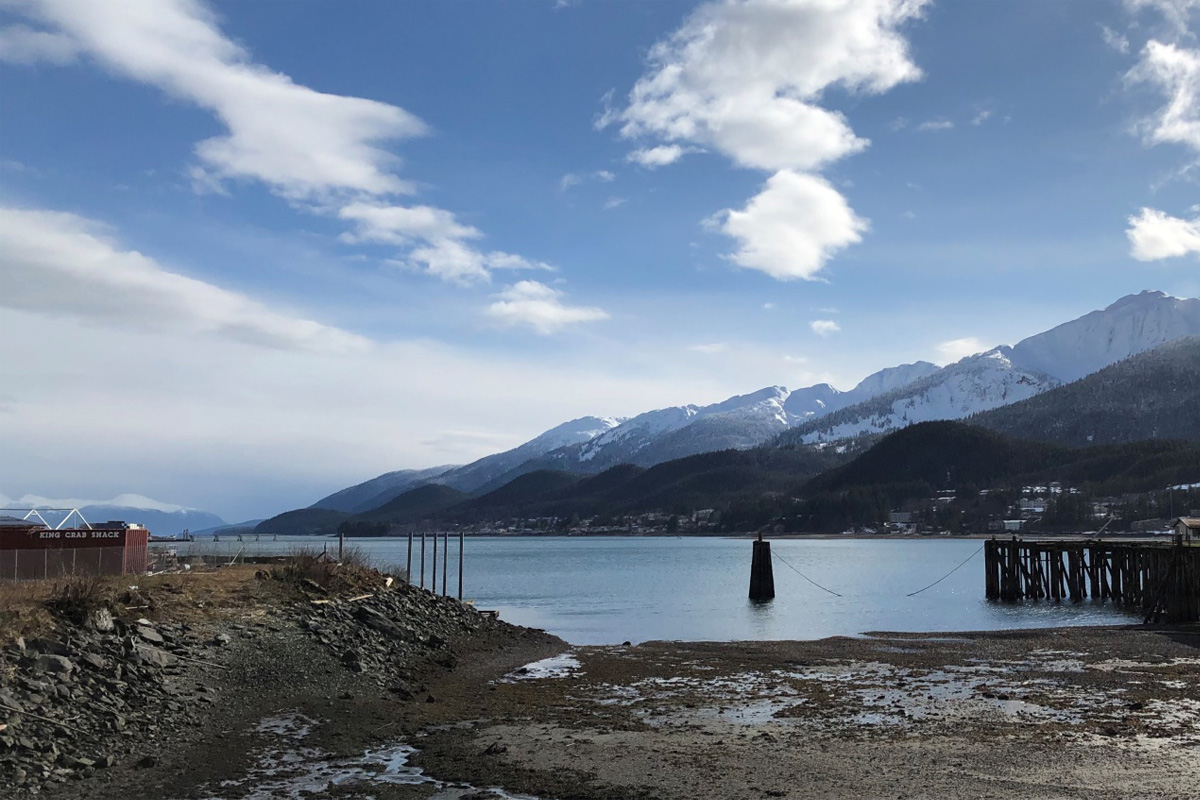 This was the third community meeting held by MRV Architects and Norwegian Cruise Lines Holdings (NCLH). The meeting showed public survey results, updates to the previous concepts, and highlighted the new partnership with the Alaska Ocean Center. CBJ City manager, Rorie Watt, was invited to speak to the city process and interface with the project.

The presentation was hosted by MRV Architects. Presenters included; Paul Voelckers of MRV architects and Howard Sherman NCL Exec Vice President, Dick Sommerville of PND Engineers and Jim Brennan of J.A. Brennan Landscape Architects. Goals of the project were outlined, including a focus on community priorities from a previous initial survey. Public participation and a chance to dialogue were held in digital “break-out” rooms, where thoughts were discussed followed by a Q&A session.

An initial public meeting to discuss plans for development of the this area along Juneau’s waterfront was held Wednesday, November 18th 2020 at 6:30PM. The virtual meeting went for an hour and a half, with a focus on the Norwegian Cruise Lines' newly purchased waterfront property, as well as potential development on adjoining CBJ, USCG, and NOAA properties.

The presentation was hosted by MRV Architects, with participation by Norwegian executives and project team members. Goals of the project were outlined, including a focus on community priorities for waterfront development.

This was the first of several community forums.

400+ comments have been collected since our first community forum meeting in November 2020. Thank your for you participation. This is a great start to an important process to include the Juneau community. A public comment database has been created to share what the public is saying with regards to the following:

Answer: The design alignment of a proposed pier has not been finalized. A preferred  alignment extends directly off of Whittier Street and across the CBJ submerged  tidelands that abut both the United States Coast Guard and NCLH properties. If the  USCG approves a new shared pier option, it would cross a portion of the USCG property. A new pier perpendicular to the shoreline in this vicinity will trigger maneuvering changes to current USCG dock use. Accordingly, the interior face of the  proposed pier, if approved, would be used solely by the USCG, replacing their current  docking needs and satisfying security requirements.

Answer: No. The pier proposed by NCLH will not add to NCLH’s cruise ship count for  Juneau. NCLH would have the advantage of a modern pier, including improved  logistics and flexible scheduling for their purposes. The fixed pier as proposed would  extend into the area previously used by ships for mooring “at anchor”.

Answer: Yes. An important goal for NCLH, and shared throughout the community  responses, is that development on the NCLH parcel will create an attractive property,  with active uses throughout the year by both visitors and residents.

Answer: As proposed, all or most of the parking would be provided underground, with  a parking garage level constructed below the principal building and park uses. This  design allows for an at grade one-acre park and open space connections.  Underground uses would include large and mid-size tour buses, as well as standard  vehicles. This is done to safely separate bus movement and loading from the main  first floor uses, which prioritize pedestrian use.

Answer: No. Roughly the same number of sailings and visitors will arrive in Juneau. A  new pier development, with well-designed infrastructure, will allow a better distribution of arriving visitors across downtown. Furthermore, the bus and vehicle  traffic will feed directly to Egan Drive, ideally designed with left turn lanes, and  offering the ability to move visitors efficiently out of downtown. This bus routing  should lessen the traffic impacts along the congested South Franklin Street corridor.  Detailed traffic analysis will be performed later in the design process; however, this  solution is expected to alleviate traffic congestion in downtown.

Answer: Yes. NCLH starting goals include the construction of a new Seawalk element  along the NCLH water frontage. The intent is for the Seawalk to tie to future  extensions linking CBJ property to the West, and USCG and NOAA properties to the  East. As a further step, ideal waterfront access would also include the ability to  directly touch the water in the intertidal zone, similar to that now possible at  Overstreet Park. That step would likely require working with other parties, like the  CBJ, given the physical realities of ramps and stairs to facilitate improved access.

Answer: The proposed dock location, extending directly off of Whittier Street, locates  the new pier in a perpendicular position and as close as practical to other piers. This  preserves view sheds down the channel to the extent feasible. The potential  development of any building locates the tallest portion near Whittier Street, with the  westerly side lower to protect view shed.

Answer: Initial studies have included the potential for links to the CBJ tideland  properties, when those are developed. No details of that have been finalized, but are  an important goal, if feasible.

Answer: It is NCLH’s desire for the new pier to include electrical power connections.  NCLH is participating in the current feasibility study with the CBJ to achieve this goal.  Studies are underway to further determine Juneau’s power capacity, and system  upgrades which may be needed. Costs triggered by dock electrification will not raise  local power rates.

Advice to cruise operators to advance their public health response to COVID-19, improve safety, and achieve readiness for the safe resumption of operations.